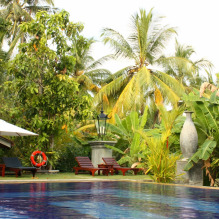 Why leave the country you were born in and grew up in to live your life overseas? Ask any international teacher and you may get a variety of answers. However, the one that will usually surface more than any other is “adventure”. What does that mean? Our friends at Wikipedia define it in part as “an exciting or unusual experience”. As I typed this in my last year in Saudi Arabia, I must admit thinking– my lifestyle choice is unusual…but exciting? Not so much.

What I have noticed about expats, including myself, after living in five foreign countries and visiting many others, is most expats recreate their western lives in the foreign city in which they live. There are very few expats who immerse themselves in the local customs, culture and language of the foreign country they find themselves in. Even those expats who marry locally never fully assimilate into the local community. While working and living in Thailand, I used to go to a local bar called the Tamarind and visit with other expat men, many who had married Thai wives. A few things struck me about them:

I guess this is not so unusual as it is very difficult to change from the culture you grew up. Additionally,  once moving abroad many expats find they are even more proud of where they come from. We see this in the West as well. Sure, it is the melting pot, but for every person in that pot, there is most likely an area of the country, or city, or neighborhood that caters to his/her particular heritage, be it language, restaurants, grocery stores or entertainment. It’s most likely a good thing. This is what keeps different cultures rich and unique and thriving in a global society. Also, many expats simply don’t want to assimilate to the local culture. As much as Americans expect immigrants to assimilate to American culture, very few of those Americans would be willing or able to assimilate to another culture even if they lived in one. Many times, even if you wanted to, there simply isn’t enough time.

To adapt to a new culture, one that you may know very little about, takes a lot of time. Even for the expat who stays at a post for decades, this process is not a hasty undertaking. But for the international teacher, whose usual tenure is two to five years, there is simply not enough time to assimilate to the culture in which he lives, even if it is a priority. This does not mean he cannot appreciate and enjoy the local culture, but to move beyond that can prove rather difficult. So many expats are content with simply appreciating the local culture and taking advantage (in a good way) of any opportunities it may present. However, most still cling to the culture from which they came.

I noticed this first during that trip to Venezuela. While there, I was struck by how similarly decorated my future in-laws’ house was to most other Texas homes I had visited (they are originally from Texas). In addition to the decor, most everything else was Western – the dinners we ate were family favorites, the language we spoke was English and the channels on the TV were showing American sitcoms. Two years later when my wife and I coincidentally got teaching jobs in Venezuela, we too replicated a life similar to the ones we’d had in the U.S. I see nothing particularly wrong with this — it is most likely natural and healthy. However, I wouldn’t define it as exciting…..unusual, yes, but exciting, no.

If you were to ask most international teachers, they would most likely tell you that the exciting part does not necessarily come from where you live and work, but rather where you travel during those extended vacations so prevalent in the teaching field. Herein lies the irony. Much like the American couple who work, take care of kids and watch a bit of TV in the evening, the expat couple is doing the same thing. And just like the American couple who long to get away on vacation in order to experience a break from the monotony of life, the expat couple does the same. Since daily life….work, kids, dinner, sleep, repeat is a bit tedious, we all look forward to something different…..an adventure if you will. But for the average American this can be difficult. Whether it is our Puritan work ethic, financial responsibilities or just the feeling that the office cannot go on without us the average American takes only thirteen days of vacation a year. Less than two weeks for the entire year.

Is the all-inclusive vacation a reflection of this limited vacation time most Americans are granted? With an entire year to daydream about an adventure, about some excitement, about leaving the tedium of daily life, a holiday of overindulgence and extravagance starts to look pretty damned good. Whether it is or not is debatable, but the fact is that during the cycle of the weekly grind, looking forward to a little escape in our life is a guilty pleasure. And the international teacher is no different. The American worker in the cubicle may daydream about giving it all up and moving to Thailand to become a teacher (which, incidentally, is not that difficult to do), but even if he did, his life may not be that different. It would be an unusual experience sure, but exciting? Not likely. The international teacher, much like the cubicle dweller, also daydreams about vacations, about a break from the monotony of life. The difference is these folks have a lot more vacation time coming to them, whether they want it or not, and most do.

The top three things international teachers talk about when together are work, kids and vacations. In many places, this is all you may have to talk about. Holidays hold a special place in the heart of the international teacher. This IS the exciting component to the adventure they all craved when going into the profession. So they take them pretty seriously. If you ask a group of international teachers where they are going on holiday (internationally its holiday, not vacation), the responses are mind blowing. You will get a list of the most exotic and interesting places you could imagine. One winter holiday, I left my then-home in the Middle East to enjoy the sunny beaches of Sri Lanka. The list of places my colleagues went to included Finland, France, Italy, Australia, South Africa, India, Zambia and Kenya, as well as others.

The Cost of the “Excitement”

The price tag of these vacations is not something most teachers talk about, but it was refreshing to hear one teacher, when asked how is holiday was, respond with a dollar figure. “How was your trip?” I asked. “$8,000,” he replied. This couple had gone “home” for the winter break. Home to the expat is wherever he grew up and/or still has family. No matter that he’s not lived there for fifteen years; it’s still referred to as home. Many teachers do go “home” for the holidays, especially the long winter break, which is usually two to three weeks long. Almost all teachers go “home” for the summer. But this is not referred to as a holiday. This is just the annual two month break that we all grow to expect. To many it’s not seen so much as a holiday, but time extended family expects to see you since you’ve been away the entire year. However, once couples start having children, many feel the pull to head back not only for the summer, but also for the winter break. This is why my colleague answered the way he did. He went from Saudi Arabia to Canada and back in the span of eighteen days. Not only is this a grueling travel itinerary, but is obviously quite expensive. The eight grand was not just for the airline tickets, but all that comes with going home, especially during Christmas – presents for the family you never get to see, a bit of shopping for yourself and any other pleasures not available in your overseas home. Is $8,000 on the high end of travel for winter holiday vacations? Not necessarily. While I traveled to Sri Lanka for nine days and spent $4,000, the family that went to Finland shelled out $10,000.

Was it worth it? Depends who you ask. Not to the guy with jet lag and eight grand missing from his bank account. Not to me, who realized, as many parents with toddlers do, that nine days in a hotel room and nightly restaurant visits with small children is more punishment than holiday. But most would say yes. They saw family, they visited a new country…they finally had an adventure. Even the colleague who bemoaned the $8,000 vacation was, a few weeks later, in the same teacher’s lounge, in the same chair, talking excitedly about his Spring Break plans which included a trip to Thailand and a room with “a huge balcony and awesome ocean view”.

For the international teacher, the idea of not traveling during a holiday is unheard of. Why would you forego the opportunity to travel? Because it is difficult?  That is irrelevant because seeing the world is what drew the international teacher to move abroad in the first place. And seeing the world isn’t always easy. To save money? Sacrilege. We are not here to save money, we are bigger than that. We are buying memories. You only live once. These are some of the responses I have gotten upon telling colleagues that I will not be going away during a break.

Seeking financial independence by saving and investing has about as much credence in the international teaching world as it does in the overbought, overextended suburbs of the United States. Most international teachers are no better with money than their U.S. counterparts. Most are still living the American culture of consumerism and consumption – albeit on the other side of the world.  All they have done is replaced the McMansion and SUV,  the embodiment of the skewed American Dream, with ridiculously-overpriced holidays to far-off destinations, which they believe symbolize what it means to “see the world”. Not only does this create an illusion of “living the dream,” more importantly, it robs them the opportunity to obtain financial independence and realize true freedom.

So, exciting expat? Yes, sometimes. But the cost is sometimes great and the wait long, just like it is for all working people out there.