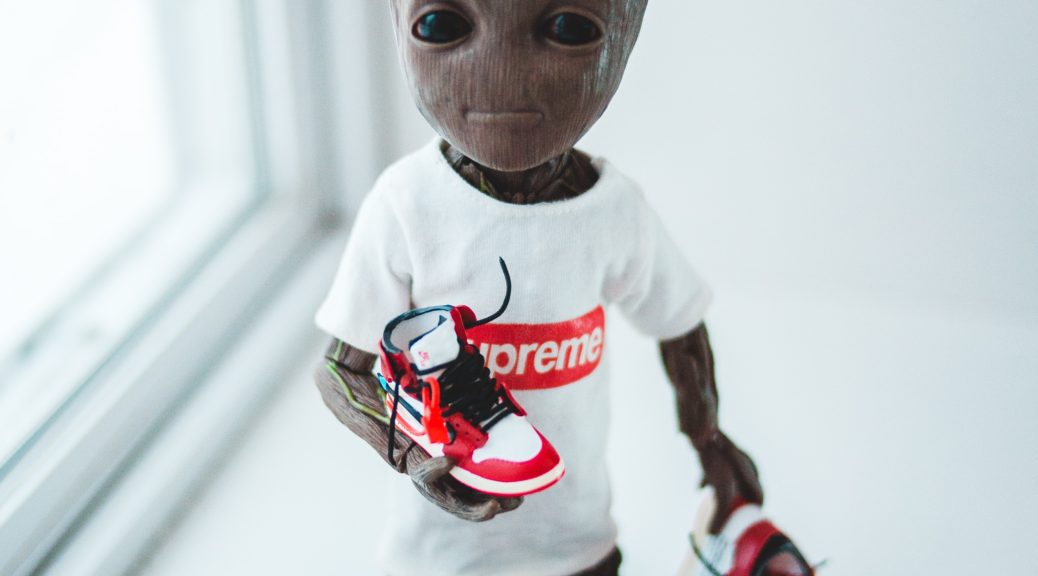 As of late I find myself swirling, if not drowning, in acronyms. First SPACS and now most remarkable of all, NFTs. Non-fungible tokens.  Never one to be a laggard I took a deeper dive.. And to simply know what NTF stands for is not enough. More than “all the rage,” NFTs likey are the future. Clearly millennials grasp the concept of NFTs and are paving this somewhat ethereal and hard to conceive of future.  One where we may stray from the more traditional business model of stocks, bonds and mutual funds, but also dip into the entertainment industry.  Artists, athletes, and musicians are seemingly all rushing to create limited digital editions of their “goods.”

In layman’s terms, digital items being bought and sold with digital money.  What is especially of significance is how authenticity is being guaranteed.  Each item stamped with a unique code and stored on a blockchain.  For more information on blockchain technology, there are a host of YouTube tutorials on the subject.  For now, just think Bitcoin. and where a distributed ledger system underlies blockchain technology. Meaning, the ledger or records, are spread across the whole network, making tampering difficult.  Further, it is encrypted, anonymous, and data added cannot be removed or altered. Everything is recorded.  The whole “story” intact.

In the news you may have read how a band called the Kings of Leon garnered more than $2 million by auctioning a song.  Then, American football superstar Rob Grownkowski auctioned playing cards.  Many others followed but none matched the recent trade of a JPG digital piece of art which sold for $69.3 million.

The beauty in each sale is how the internet acts as a short of auction house, helping artists reap the benefits of their trade. The middle man cut out.  In the case of the near $70 million dollar graphic art sale of “Five Thousand Days,” graphic artist Mike Winkelmann, known under the pseudonym Beeple, profited from his 13 years of attention on the “masterpiece.”

New York Times technology columnist Kevin Roose posited in a March 24th article, “Why can’t a journalist join the NFT party, too?”  $558,134.50.  This was the result of Roose’s column purchased by a user named @3FMusic.  “The biggest perk of all, of course, is owning a piece of history,” Roose wrote in the column. The article is the first NFT in the New York Times’s almost 170-year history.  The column purchased is about what NFTs are all about. Now that is philosophical!

Shifting to professional sports, there is question of whether or not athletes will be able to fully represent themselves.  Or, will players be more like owned commodities?  Gronkowski’s NFT trading cards were auctioned for over $1.6 million.   Patrick Mahomes, another professional football star raked in $3.7 million. The 25-year old has a mission to “make the world a better place,” and proceeds were donated to his 15 and the Mahomies Foundation, as well as 40 different Boys & Girls Clubs in Kansas and Missouri. However, the National Football League is moving fast in hopes of cashing in on NFTs.  Recently a memo was sent to teams telling them that  league approval was needed and to not begin making their own agreements.  This is on the heels of the National Basketball Association establishing a partnership with Dapper Labs and development of NBA Top Shot.  This is a place where fans are able to buy, sell and trade official licensed digital cards. With an estimated market cap over $1.5 billion, this is a slam dunk for the league.

But What Does All This Mean to Education?

College admission is riddled with stories of fraud, cheating and inauthenticity.  The list is as long as it is wide. Implicated parties include organizations, universities, athletic departments, coaches, parents, and celebrities to name a few.  Centralization has permitted secrecy and scandal.  Timothy Collins, a financial adviser, recently shared how “the education industry could use NFTs to share and/or secure transcripts, letters of recommendations, standardized test scores, certifications, and diplomas.” What is being traded or shared as an NFT may be questionable.  However, the significance of adopting blockchain technology is certain.

The future of higher education, and I might argue the future of work, will make this shift.  This may even be considered old news, as nearly two years ago, “nine universities from around the world collaborated to create a trusted and shared infrastructure standard for issuing, storing, displaying, and verifying academic credentials.”  Amongst these was the University of California at Berkeley, MIT, Hasso Plattner Institute at the University of Potsdam in Germany, and the University of Toronto in Canada.

This is good news.

A Future of Great Possibility

The fashion apparel brand Supreme was a bit a bit ahead of the curve. Opened in 1994, Supreme was just that.  Supreme in its uniqueness and originality, possibly even items being limited in stock.  Yet, living in Asia has afforded me many lessons. One, is to not be fooled by a fake.  Ubiquitous are the markets where knock-offs are so well constructed, that only the price attests to imitation. Buyers ultimately chasing exclusivity.

Will education follow a similar trend? Hopefully not in exclusivity but in authenticity. As students “brand themselves” with credentials and accomplishments that ultimately can be attested to by a ledger.