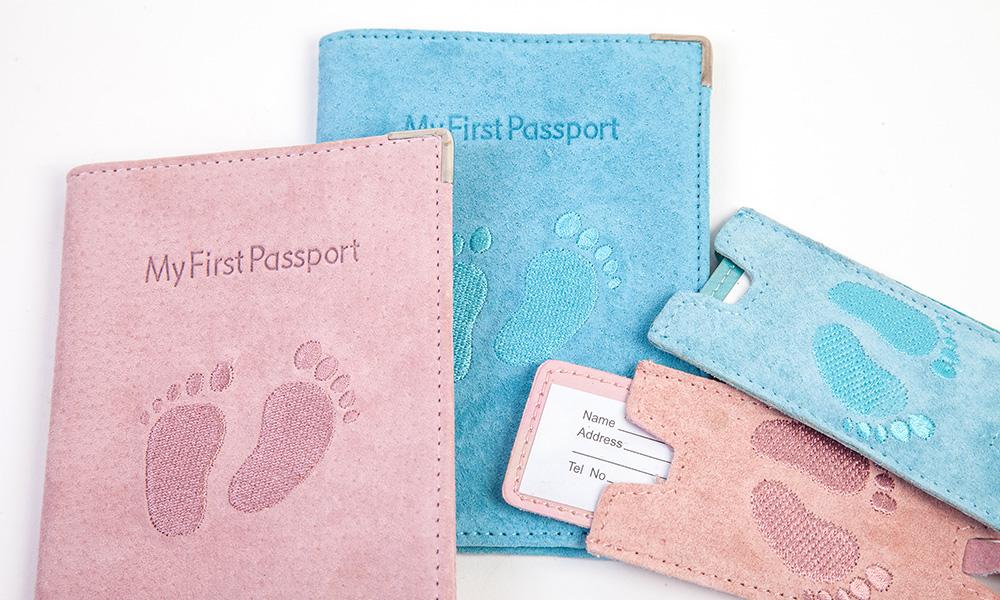 I am beginning preparations for our multi-legged journey of summer. Traveling with a toddler is certainly different than traveling as a couple. Forget about watching full-length films, and my liquids and gels zip-lock baggie is crammed with regulation-sized baby food pouches, instead of toiletries for myself. Plus, we plan on spending longer at immigration now, thanks to our baby’s name.

My husband and I decided to give our baby my last name (we both kept our names when we married). After our child was born, we were surprised to learn that we did not get to choose the last name; it is required by law that the father’s name be printed on birth certificates in Hong Kong. (Fortunately, as Americans, we were able to correctly register the birth with U.S. social security, so the passport does bear my family name, Meadows).

With different surnames on these two official documents, whenever we cross the Hong Kong border, there are lots of please-wait-one-moment’s and serious glances between officials. If my husband is present to reassure the concerned men in uniform, it tends to go more smoothly. Once, when traveling without him, I was asked if my husband and I were divorced. When I answered no, they inquired whether we had marital problems. I know better than to make a fuss at immigration, but I was fuming inside.

International naming laws
Naming laws are interesting. When I lived in France in the 90’s, new parents had to choose from a list of traditional, government-approved first names (mostly those of Catholic saints). This law has since been dropped, but French authorities can still reject a name if it is determined to be against the child’s best interest (Nutella, Babar, and Manhattan are apparently unacceptable). When I returned in the early 2000’s, there was a spate of French children named Dawson, from the popular American TV show, unheard of in Napoleon’s day[1].

Understandable regulatory practice?
It turns out that neither Hong Kong nor France have the most authoritarian laws when it comes to naming babies; Sweden is notoriously strict. Though, as an educator who has worked many years in early childhood classrooms, I cannot blame Swedish officials for rejecting Brfxxccxxmnpcccclllmmnprxvclmnckssqlbb11116 (pronounced like Albin, of course). New Zealand parents can’t legally call their child King, 4Real, or Mafia No Fear. Twins in New York, however, were legally named Winner and Loser. Again, as someone whose career revolves around children’s well-being, this dichotomous choice is difficult to understand.

Or perpetuation of hierarchical social structure?
In international education, I have taught children with names that may not be familiar to Anglophones. But, to the family, these names are cherished. At what point, are a family’s wishes less important than the (culturally-biased) judgment of the government?

Around the world, sexism is passed down through our naming structures. One study[2] explains that, in Botswana, girls are commonly given names that refer to appearance, while boys are given names associated with power or intellect. “The proper naming system is an example of the way this society uses language to legitimize gender imbalances”.

Male dominance has been maintained through naming laws. I dated a French man who did not know his father, but carried his last name from birth. My then-beau and his mother petitioned the courts several times to change his family name to that of the woman who raised him; the process took over a decade before it was successfully complete.

Gender norms, too, are perpetuated through names. Poor Blaer’s parents in Iceland were surprised to learn that they had broken the law by giving their daughter a name that was “too masculine”. “Naming customs reflect aspects of the organisation of society.”[3] Naming laws are laden with the values (i.e. religious background, sexist tradition) of those who created them and, as in our case, may not be compatible with the values of new parents.

Even if our upcoming border crossing goes without incident, pulling out my son’s documents is a reminder that he was born into a world where, more often than not, women bear children, but men have the privilege of naming them.

How have local laws impacted the process of naming your baby?

[1] Apparently, Napoleon came up with the French naming law.