In high school, I took a course called, simply, Debate. We were instructed to analyze an issue, formulate an argument, and convincingly convey a position. A feature of this course that stuck with me was that we were routinely assigned our positions on a given issue by the teacher, rather than allowed to select them based on our existing opinions. The idea was that, when it comes to controversial issues, almost by definition, there are multiple complex angles, and we should be trained to consider each one for validity.

Many of the international schools where I work as an LGBTQ+ consultant follow a similar tradition of thought: that robust debate and reflection on a range of perspectives is healthy for intellectual development. Therefore, it is not surprising that I regularly hear from clients that they are hoping to ensure that “all voices are heard” as they grapple with building safety, equity, and belonging for LGBTQ+ students and community members. Indeed, it is not uncommon for this intention of “hearing all voices” to even be formalized in institutional equity statements. Clients are sometimes surprised by my answer: schools do not need to provide a platform for every opinion to be heard.

It’s not that I’ve turned my back on our cultural traditions of debate. However, when the subject of the debate is somebody’s humanity, I suggest we draw the line. School is not a place where anybody should be subjected to an attack on their identity because it makes for an interesting intellectual exercise.

Including LGBTQ+ matters in international school settings is a relatively recent conversation for many educators, so let me offer an example that may feel more relevant to our collective experience. Imagine, for example, a student who espouses white supremacist ideology. While educators are not responsible for what takes place in the privacy of a student’s thoughts, I do believe (hope?) that most would decline to open classroom time and space for students to promote the merits of white supremacy. Whether or not there are children of color in the classroom at the time, we can recognize white supremacist talking points as harmful and inappropriate. This is an example of where we do not need to hear all voices.

Let us be clear that the child who wishes to advance white supremacy is not being wholly denied an opportunity to participate and to be listened to at school. However, the particular view that white people are superior and should, therefore, be dominant in society, causes harm and should not be elevated for the sake of both side-ism in spaces where children come to learn. Similarly, voices that express disapproval of LGBTQ+ people, whether for religious, cultural, or other reasons, do not merit a platform in school. (Note, here, that I recognize schools as places where white supremacy, homophobia, and transphobia live today, embedded within the culture and institutions, even when not explicitly named, such as in the hidden curriculum. Protecting students from overt discriminatory speech is the bare minimum, and we must continue to actively and intentionally work toward identifying and correcting all forms of identity-based discrimination and harm.)

For some, this position may constitute a slippery slope, fearing that the ideology of individual educators or leaders within the school will become a required lens for decision-making more broadly. In response, I counter that this is already happening. The dominant ideology blanketing so many of our schools today is one that suppresses, erases, marginalizes, excludes, and even harasses LGBTQ+ people and people of color. I’m asking that we acknowledge that educators already weave values into our work, that we make those values more transparent, and that we examine whether these are indeed the values we claim to believe in.

There is some irony in how my assertion that not all voices should be equivalently weighed within educational settings means that some readers of this piece will call for my voice to be the first to be deplatformed. This is, of course, their right. However, if the goal is to build safety, equity, and belonging at your school, that objective is incompatible with giving air time to anti-LGBTQ+ voices. If you are aspiring to safety, equity, and belonging at your school or organization, allow yourself to take a firm position that does not endorse identity-based marginalization as a matter of debate. 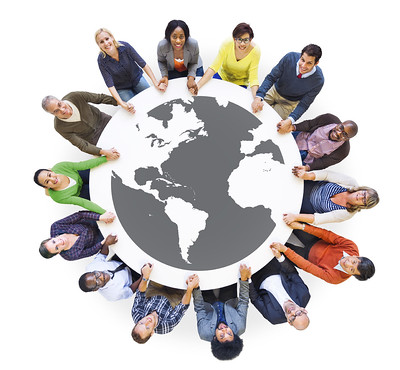 Teaching internationally sometimes is like being inside a cocoon.  School days typically in English. The comforts, routines, and rhythms in our new “homes” are similar; often little difference whether in Cairo, Shanghai, or Rio de Janeiro. Of course architecturally they may differ, yet our lives therein, not so changed.  In most cases, it would be a long shot to claim it is a hardship to teach in accredited international schools.  So comfortable, we may even have to go out of the way to feel vulnerable. Still, the fact remains that always outside the doors of home or school is “the different.”  Or more apt, the reflection that we are the “outsider.”   This possibly is the motivation behind our being abroad.

And we are lucky for this chance.

The fact being, we made the choice. We also have the option of how far we might “dive into” the host culture.  Fathoms deep, we may break the surface, challenging ourselves to begin learning the language.  Yet, regardless we will remain “the outsider.”  A feeling sometimes that could even be distressing.

Yet, we are lucky for this chance (refrain).

For the Times, They Are a Changing

How many people truly have the choice to navigate into and out of a dominant culture? Few I would argue.  Instead, so many are without this privilege. They simply nod their head, stand in line, and follow antiquated systems of organization and inequity.  Forced to play by what some may call, “the rules of the game.”

And the present now will soon be the past

The order is rapidly fading

The first one now will later be last

For the times, they are a changing

The times are definitely changing.  So too are the “rules.”

International School Leadership Holds a Mirror Up to Themselves

Mind you this is pre-pandemic and more than a year before the murder of George Floyd.  Even earlier, in 2017 The Diversity Collaborative was established, in effort to commit to creating and sustaining a more diverse, inclusive, equitable, and just international school community through our focus on leadership.

In an often myopic world bent on entropy, it is refreshing to have such good news.

Others Help Pave the Way

Within governmental agencies there is even a push for more diversity and inclusivity.  This is evident, regardless of the stir caused by the CIA’s recent recruitment campaign titled, “Humans of CIA.”  According to an article titled, “Unpacking the CIA’s cringey recruiting strategy,” the push for diversity is not new. “In 1994, then-CIA director R. James Woolsey said in testimony before the House Permanent Select Committee on Intelligence that “the ability to understand a complex, diverse world—a world which is far from being all white male—is central to our mission.”

According to McKinsey & Co, companies spend $8 billion a year on diversity training.  Yet, this is just a start.  Camille Chang Gilmore, Boston Scientific’s global chief diversity officer says it best. “Diversity is a given, inclusion is a choice, equity is a goal. Belonging is our ultimate end point.”

And isn’t this paradox seemingly woven into the fabric of 21st century life?  Always connected but more disconnected than ever; an increasingly socially isolated world.  The belonging Gilmore speaks of is almost tribal, a systemic need. It remains even more paramount when power structures are left unchecked; fraternal in their decisions of who allowed in the “room where it happens.” Or, who ultimately belongs.

But, as we have heard, “The times are a changing.”

In the school where I teach, a recent DEIJ statement was crafted to be used on the school’s website, admissions application, handbooks, etc.  One part specifically attests to the importance of belongingness.

“Our community is actively engaged in reflection and action planning to ensure that our school is creating and maintaining an inclusive culture where everyone feels they belong and where our students leave with the attitudes, values, and tools they need to enrich the world.”

The data from the 2019 survey helped form a baseline for The Diversity Collaborative’s work.  This year another survey was launched (closing on May 30th) and is more detailed, requiring respondents to dig deeper into the roles of their leadership teams.  The initial question is a declaration of the region of the school. Following this, nationality and race/ethnicity are defined so there is shared understanding and clarity.  The survey then asks for the respondent to declare the gender, nationality based on passport, and ethnicity of the head of school. Then, questions are asked regarding the number, gender, and nationalities of members on the leadership team, as well as whether or not the leadership team has educators from the country where the school is located. The same questions are asked but this time about the school’s board members. Last, the 22-question survey repeats the questions but as they pertain to schools’ teachers.

International schools are definitely interested in keeping pace and walking alongside the global communities they serve. Data gathering is but one small step.  Reflection, policies, professional development, partnerships, advocacy and action are all in process.  Ralph Waldo Emerson attested to the gravitas of action. “What you do speaks so loudly that I cannot hear what you say.” The Diversity Collaborative shared in a recent presentation a very clear statement of action in this regard.

“We recognize that the changes described will take time and resources,  but that just adds to the urgency for all of us engaged with international schools to act without delay to start to dismantle the systems that have prevented some outstanding educators from becoming international  school leaders and to build a more equitable and inclusive international  school sector so that educators of all backgrounds thrive.”