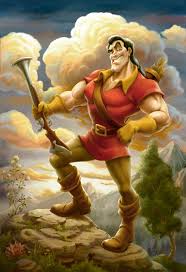 In addition to (not instead of) gun restrictions[3], consider how social gender norms contribute to the school shooting epidemic. Mass shooters are almost invariably cisgender males. (Those who commit homicide in the U.S. are also overwhelmingly male, comprising more than 90% of cases where the murder’s gender is known). If this was simply a biological issue, then all cisgender men would be murderers. But, of course, they are not. This is a sociological issue.

Boys are fed the message, from a young age, that their masculinity is of paramount importance, and that they must actively maintain it lest they be figuratively castrated. Sissy, or other feminine insinuations, are perhaps the greatest insult for a male. Only more offensive might be fag[4], and other slurs that connote a lack of both masculinity and heterosexual prowess.

There are several ways to try to fit into the masculine mold. Referring back to the bullet (no pun intended) points above, one of the most effective methods to keep up your perceived masculine levels is to exude heterosexuality. Social norms would have us believe that masculinity and heterosexuality are mutually-dependent, that you can’t claim one without the other[5]. Therefore, to be considered masculine enough, boys must also show that they are firmly and indisputably straight.

Another way to assert masculinity is to display power. As masculinity is so inextricably tied to power, males are taught to claim and exert power in order to stay in the boys’ club. This power can take a variety of formats, but physical power and aggression is a high marker of manliness. So, the fierce guy with muscles who attracts the girls is on top of the pyramid of masculinity. But how about the (many, many, many) young boys in our schools who do not fit this description?

Some find productive, alternative ways to achieve status (i.e. Tim Cook or Morgan Freeman style). Some find healthier ways to understand their own masculinity (and sexuality), and live comfortably outside of the constricting social norms of their gender. And others struggle and bash around inside that rigid, narrow box, looking for a way to exist, to prove their worth, to Be. A. Man.

If this struggle brings up feelings, acknowledging them is to further emasculate oneself. From the bullet points above, restricted emotionality is a major element of traditional masculinity, so great displays of emotion are contrary to these boys’ search to become men. The one exception to this rule is anger: boys can get angry without being accused of being effeminate. So, anger may become a default emotion for boys, replacing other strong feelings like sadness, shame, fear, and loneliness.

In America, these males, pressed with the burden of traditional masculine norms, but unable to fulfil them to our social standards, can find incredible, breathtaking, earth-shattering power behind the sight of an assault rifle. And they do. In the hallways of schools. There have been 270 school shootings in America since Columbine in 1999. Ninety-six percent of them were committed by males.

Educators can help. Question gender norms at your school. Point them out, analyze them, wonder aloud – with your students – about their ridiculousness and the damage they may be doing. Select literature that portrays male protagonists who defy traditional masculinity. Avoid perpetuating gender stereotypes when you talk to and about children. De-emphasize heteronormative sexual relationships, such as those endorsed by prom and over-the-top, public promposals (especially on campus). Check your curriculum for signs of institutionalized heteronormativity. Teach little boys about the range of human emotions; let boys cry. Allow a flexible space for students to define their own gender and sexuality. Reiterate these messages in official policy documents.

Also, provide students with alternative ways to exercise power. Teach all children, including those who identify as male, to make a positive difference in other people’s lives, to contribute to a cause greater than themselves, and to help those who need it most. This is where their power lies.

How do you challenge traditional gender norms in your school?