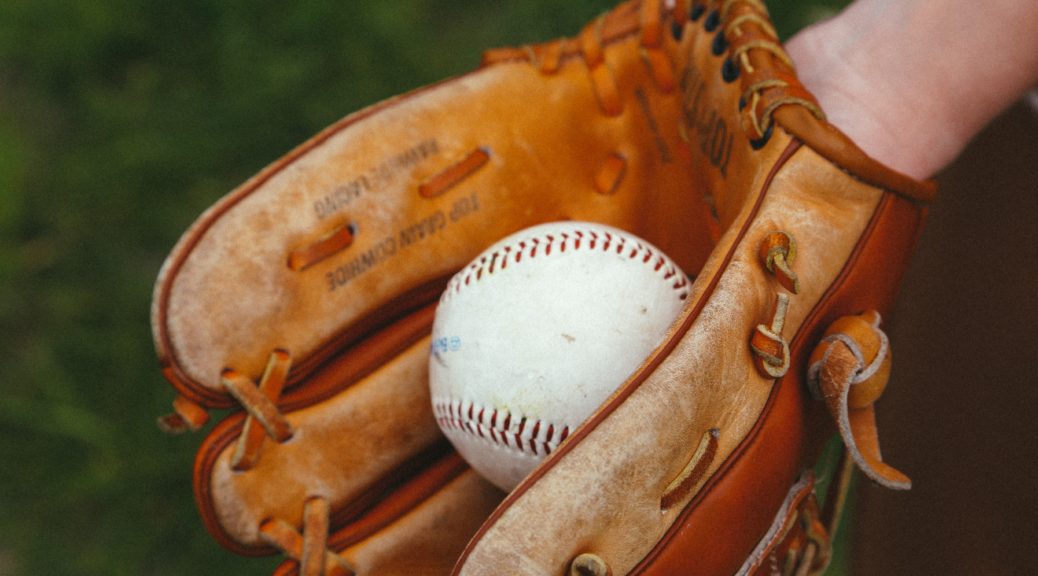 “Yes, please order a pair of gloves for my daughter,” the email response read from a parent of one of our middle school softball players. Her confusion in not knowing only one glove was needed to play the sport was similar to the memorable and mildly entertaining scene the first day of practice. Our equipment included several gloves and the girls put them on every way but the correct way. Backwards, upside down and even on their dominant hands.  Once this was corrected, they began to toss the ball from the mitt, akin to a lacrosse stick. This pre-test of sorts was perfect because as coaches, we knew exactly where the team was beginning.

This was exciting. Known as America’s favorite pastime, none of the girls are from there. So, baseball or softball is as foreign as sepaktakraw was to me. Sepaktakraw, originating in Thailand, is much like volleyball but only with your feet! Such clarity of unfamiliarity was extremely refreshing. No knowledge would be taken for granted. Further, how rewarding to share the diamond with children that show up three times a week, simply eager to learn and play a “new” game.  The concept of ego nowhere to be seen nor felt on the field.  This beginnerdom, a melding of earnestness and joy, connects well with being a new teacher, yet the actual experience may run counter.

Death by a Thousand Paper Cuts?

This past week I chatted with a relative of mine who nobly joined the educator ranks within the last year. Before hanging up I pondered the probability of a first year teacher self-reporting that teaching is easy.  Leslie Gray Streeter  of the Washington Post writes about educators, “They’re more than the people who give math and science lessons: They might find themselves makeshift social workers to troubled students, surrogate parents checking if children eat, security guards breaking up fights and funders of the most basic of classroom supplies from their own shallow pockets.” Though the later may not so much be the case for teachers in independent schools or those working internationally, other roles surely are assumed.  As coaches and advisors, but likely also participating on  a slew of committees and assuming other duties. In effect, being extended so thinly that maybe even the phrase,“death by a thousand paper cuts” applies.  Literally, it is all the small actions added up which leads to “the bleed.”

Undoubtedly the pandemic negatively impacted educators’ experience.  Safety measures and lack of trust high on the list of unfavorable factors, as was adapting to emergency, remote, and hybrid models of education. Surveys and polls the past 18 months align with what is termed the Great Resignation.  Some predict an exodus so great that anywhere from one-fourth to more than half of U.S. educators  are considering a career change. Such potential crisis is not mirrored in international schools, however the start of 2022-23 academic year is already positioned for far greater mobility than seen the last few years.

Several reasons drive the decisions of teachers to switch careers. However, for teachers who are just beginning, why couldn’t their introduction to teaching be like the girls on the softball field? Frustration simply cannot take hold. Carol Dweck, a well-respected researcher in the field of motivation cites a poll of 143 creativity researchers, who concur that mindset ultimately tops the list of creative achievement.  And to educate is clearly to be a Creative.  No one, first year teachers included, must assume a sense of failure.  Yet, seldom do we “get things right” the first time and there remains inordinate power in reframing failure as something positive.  An example I often allude to, is learning to walk. Close to the ground, we as toddlers bounced off our backsides. Without even thinking, we simply popped back up and attempted to put one foot in front of the other.  A fine balance.  Akin to teaching! The mentality clearly one of, “I got this.”  Dweck contrasts fixed and growth mindsets by saying, “In one world (fixed), effort is a bad thing. It, like failure, means you’re not smart or talented. If you were, you wouldn’t need effort. In the other world, effort is what makes you smart or talented.” A network of support and both strong leadership and mentorship are essential for first year teachers to want to sign up for year two. Though it is not enough alone, to claim a teacher just needs to adjust their mindset or try a little harder, however resiliency definitely needs to be in the line up.

As far back as 1888, Casey at the Bat, appeared for the first time in the San Francisco Examiner.  The first 12 of the 13 stanza poem foreshadow Casey’s success at the plate.  Yet, a twist comes the final line, “But there is no joy in Mudville—mighty Casey has struck out.”

Though the poem may have been about letdown, it might help to examine it from another angle.  Of its success. After Ernest Thayer authored Casey at Bat, a stage actor and comedian, by the name of DeWolf Hopper made the poem somewhat of a national heirloom. For nearly five decades Hopper performed it, upwards of 10,000 times. He just kept “hopping up.”

A similar spirit of just hopping up is to be assumed by teachers.