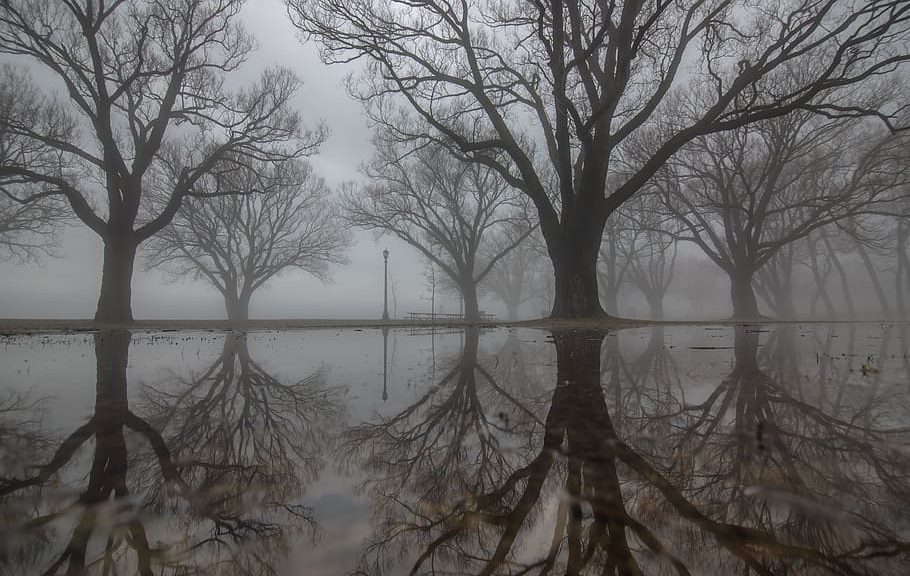 Say the name Theodor Geisel and few know who you are talking about. Then, mention the name Dr. Seuss and it isn’t just the educators who nod their heads in recognition.  Yet, the two are the same man.

Growing up in Springfield, Massachusetts the delicious smells which wafted from Geisel’s grandparents’ bakery were at odds with the foul odors emitted from the Gasworks plant a short distance away. This formative experience was one which many readers feel was the genesis of the dark tale of the Lorax.  The foreboding narrative told by the Once-ler however, ends with optimism as one last Truffula seed is revealed.

The same can be said for both the future of education and coffee.

The Future of Coffee

3 billion cups of coffee are consumed each day, nearly all extracted from but two species. Coffea arabica, known as Arabica; and Coffea canephora, known as Robusta are the backbone of the coffee industry…and our mornings! Arabica is the more expensive variety and what you likely will find in your cup at most cafes, whereas robusta dominates the instant coffee market.  Upwards of 80% of coffee production is Arabica and yet it has a low tolerance for rising temperature, produces less beans, and is also susceptible to rust. Journalist Maryn McKenna makes a clear case for the role of change not being optional, as the planet continues to shift.  Details of living with the relentless “rust rampage across the globe” can be explored in Maryn’s Atlantic article titled, “Coffee Rust is Going to Ruin Your Morning.”

Robusta aptly named is easier to grow and produces a larger, robust or thicker bean. However, with its grainy or rubbery overtones in taste, it is far less preferred.

Though we consume just two varieties of coffee, analysts have identified approximately 120 species of coffee plants worldwide. According to scientists at Britain’s Kew Royal Botanic Gardens, “some 75 coffee species were assessed as being threatened with extinction: 13 classed as critically endangered, 40 as endangered, including coffea arabica, and 22 as vulnerable.”  What?

If you were taking a sip while reading this,“Pffffff.” You likely spray the coffee out of your mouth in pure stupefaction,

Furthermore, the researchers suggest how these risk figures are higher than other plants.

The Connection of Coffee and Education

Though there are not as many students enrolled in school as there are cups of coffee consumed daily, there are more varieties of education than just robusta or arabica. Some however might argue that we still lean on simplification and the labels “traditional” and “alternative” when speaking about education.

A closer look at coffee and education, might reveal how the two have more in common than might be expected.  And though there is talk about “unschooling,” there is little mention of “uncoffee-ing.” So, we can bet education and coffee both have futures.  We just have to remain open but also take responsibility for how the choices of today certainly impact tomorrow.

In 1987, the United Nations Brundtland Commission defined sustainability as “meeting the needs of the present without compromising the ability of future generations to meet their own needs.” The term has since become a household word and in 2015 the United Nations released the 17 Sustainable Development Goals (SDGs), an exhaustive blueprint containing 169 targets.  The motivation being one of agreement amongst nations for a future of far greater peace and prosperity for people and the planet.

The duality of people and planet, a fallacy.  The two, not mutually exclusive, as our species has not, nor probably really wants to, successfully find a way to live on another planet.  We need Earth!!

Further, we must move beyond sustainability because sustainability is about keeping things going. Benjamin Freud spoke with eloquence about a great transformation in a recent Getting Smart podcast, sharing the importance of regenerative learning and about giving back. “It is about taking action and going through a process of creation…It is about living systems, understanding that we are all ‘nested wholes’”.

So, how might our schools be hotbeds or boilerplates for this transcendence?  If we start with the crux of the matter, that our future depends on it, maybe then we will really get started.  The future does depend on it. Students and teachers alike, post or pending the finish of the pandemic, have seen the grass on the other side and it is in effect much greener. Numbered are the days of “sit and get.” Furthermore, any divisive lines being drawn between “encampments” might as well be dissolved.

We need not fight. Unbeknownst to Thomas Hobbes, nature is not in a state of war. Rather, nature hinges on connection and collaboration.

Maurizio Giuli contributed in an article titled, “The beat of the global coffee industry” how short term thinking will have detrimental medium and long term impacts on social, environmental and economic drivers of prosperity from producers through to consumers” He, similar to the SDGs may be caught in dualism’s trap, unable to see how there is no coffee with a compromised environment.

Let us sing from every mountain top, attesting to the value of diversity. Of our models of education but also of the learners in our midst. Of everything in nature, the children and I suppose….of the coffee too! Again, there is no reason to fight. Schools and systems entrenched in what used to work will continue to collapse. Meanwhile, choices inevitably will continue to emerge and will only multiply. .

As for coffee, a window into agroforestry, provides us a view of systems where there is a blending of diversity and structure. Possibly instead of the traditional cultivation of coffee plants in the shade of other trees, mimicking the natural growing conditions of plants in a forest understory, farmers will rely on even more natural production methods.

Beginning with soil, diversity is the focus. Healthy soil itself is regenerative and over time, more life is created within the system. Complex soil systems are connected and energetic exchange networks. Think “Gardening 101” and cover crops.  Where nitrogen fixing plants actually add nitrogen, an essential nutrient for healthy plant growth, back into the soil. And not just flora to flora, but also flora to fauna.  One example is how when elm and pine trees are attacked by leaf-eating caterpillars, the caterpillar saliva is detected. The trees in turn release pheromones which attract parasitic wasps, a natural predator for caterpillars. Case in point for the role of collaboration!

When what is below is either carefully prepared or allowed to exist in its naturally balanced state, we might turn our attention to what is above.  The sun and shade.  So too in education. Inside and outside of schools and classrooms, it will be increasingly important to promote a natural approach.

Every child has a foundation, as well as strengths. Their “soil.” Might we as adults help enrich this. Then, concentrate our efforts on what is as natural as breath, learning. There’s evidence that learning is actually written in our very own DNA.

So, maybe we just need to let the learning happen and not get in its or the students’ way!  But also, we have a role to play as educators.  How might we help prepare the conditions for optimal growth? To provide the right amounts of “sun,” “shade,” and “water”.

Turning back to the Lorax, the last truffula seed is handed to the child protagonist as he is instructed,

“Treat it with care.

Give it clean water

And feed it fresh air.”

Gardeners ourselves, les us envision our role as stewards. Of the complex ecology of relationships and learning.

Enjoy your next cuppa’.