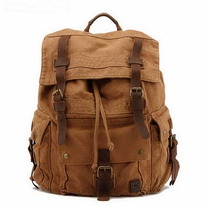 I grew up in international schools. I am white, and carry a number of other privileges: U.S. nationality, English as a first language, cisgender, socio-economic status, typically-developing[2], to name a few; the road to my academic goals has been paved with advantages. In the spirit of cultural humility, I am reflecting on some of the ways that I benefitted from my invisible knapsack of racial privilege as a student in international schools:

11 thoughts on “The Invisible Knapsack of Privilege Part I: Racial Privilege”